The world of boxing has lost a rising star.

According to law enforcement, the athlete was shot and killed on Labor Day, Sept. 7, in Moreno Valley, Calif. He was 22 years old. 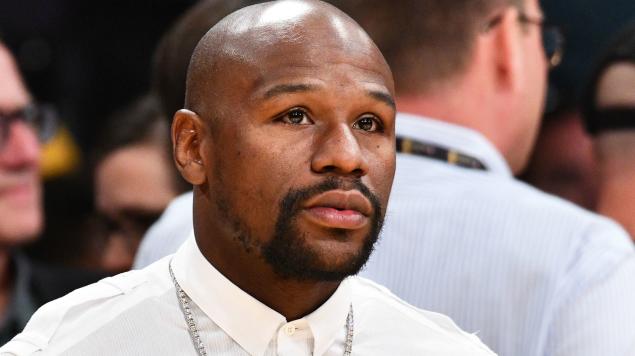 Scroll back up to restore default view.

The Moreno Valley Sheriff’s Department confirmed to E! News that they responded to a call “regarding a report of an assault with a deadly weapon.” When authorities arrived on the scene, they found “three male victims with gunshot wounds.”

Per law enforcement, two of the victims were minors and were immediately transported to a local hospital. They were treated for “non-life-threatening injuries,” however, the other victim, one adult, had “succumbed to his injuries at the scene.”

At this time, the investigation is currently ongoing. It’s unclear if authorities have any suspects or know the motive of the shooting.

Gonzalez signed to Mayweather’s The Money Team in 2016 when he was 18 years old. At the time, Mayweather announced the news on Facebook with a photo of him posing with his prodigy.

“I want everyone to help me by welcoming Daniel Gonzalez to the Mayweather Promotions family. There are certain times when you know you’ve just struck gold and this is one of them,” Mayweather shared. “Welcome 18-year old phenomenon Danny Gonzalez with an incredible amateur record of 96-13. This 9-time National Champion is a force to be reckoned with!”

He added, “Follow this future World Champion, approved by the undefeated champion himself. Daniel Gonzalez is Floyd Mayweather, approved!”

Along with Mayweather’s tribute, the WBC president honored Gonzalez with a special message.

“We are very sad to report the tragic death of boxer and top prospect, Danny González. We send our deepest condolences and prayers to the Gonzalez family at this hard time,” Mauricio Sulaiman wrote on Twitter. “May Danny rest in eternal peace.”

There are no users currently online

Sorry, there was no activity found. Please try a different filter.